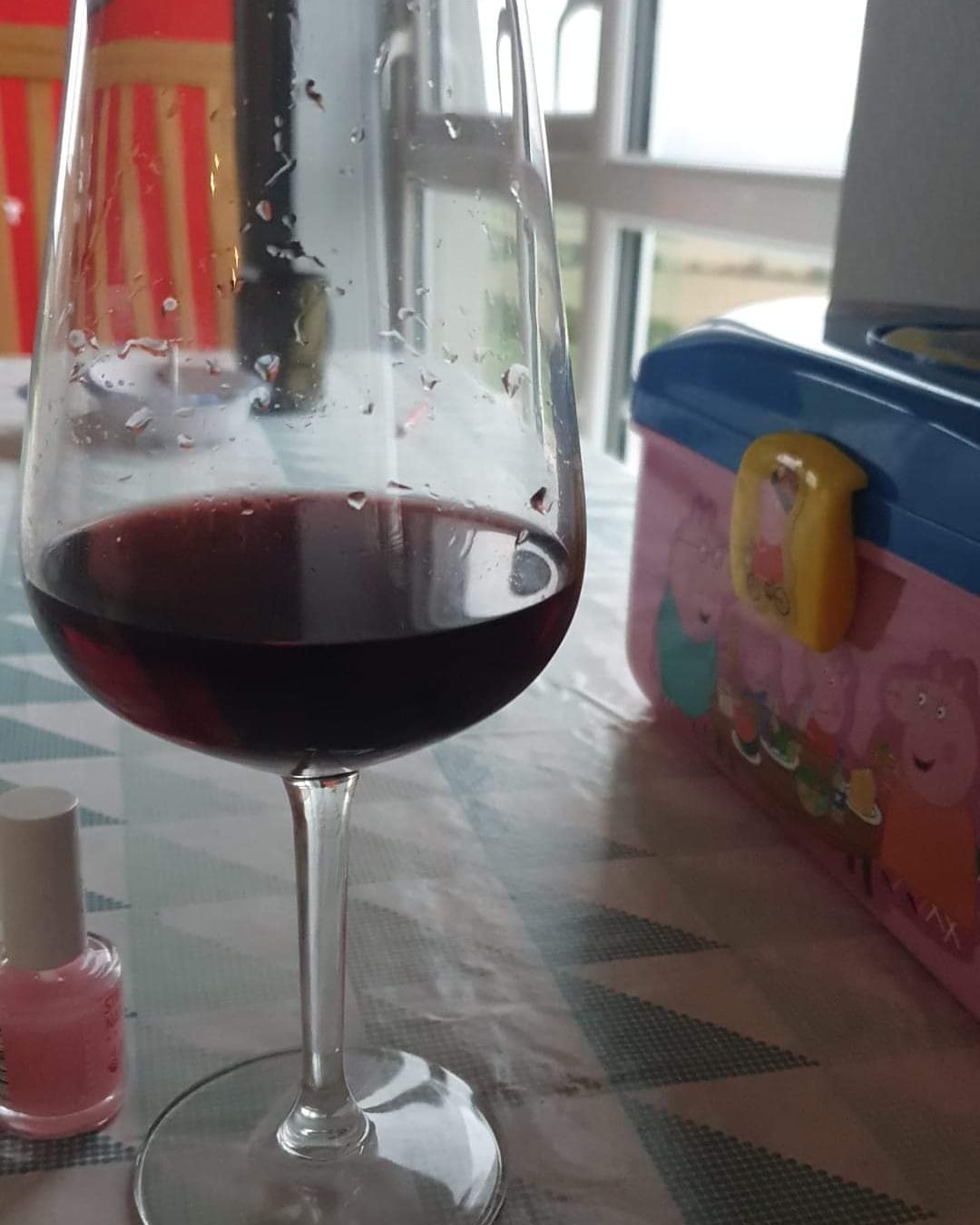 Mammy is closing the hall door. The minions are tucked up and have been tucked in after their bedtime stories, kissed and snuggled and are as snug as two bugs.

Mammy has had the glass of grapes poured and ‘breathing’ since before the bedtime routine began.

Mammy slowly closes the door, to a chorus of “Night Mammy!” and “wuboooo!”

In the seconds before the click of the door of phase one, Mammy dreams.

Her mind jumps forward to an evening of feet up, of peace and joyful quiet, of adult conversation and grown up tellybox. Mammy’s muscles begin to relax and the excitement rises in her that she is about to cross the glorious finish line of another day of the race that is parenting.

Mammy reaches for her wine, sighs and smiles. She lifts it, smells it, for that is what one does, is it not?

Mammy does NOT whisper sweet nothings or declare love to the glass, for that would be weird, would it not?

Mammy sips the glorious grapejuice and allows the bitter beauty of the grapes to seep into her gums.

And as Mammy allows her muscles to relax, she listens to the silence…

And so begins phase 2 of the bedtime dance.

The “needs” range from a hug, a blanket fixed, a lullaby (wtf?), a wee dwink (you and me both chick), a teddy which has been lost for approximately 5 months, an answer about why white blutac isn’t blue and doesn’t stick as well, a promise of another playdate (she knows I’d promise the Crown Jewels to get them to sleep), among many, many, many other things.

In fairness, these are mostly things that u can and happily do provide. Good Mammy…?

And so I sit, sipping the rest of the earlier started grapejuice, glad that they are a phase closer to sleep.

They could be back up the hall 629 times before Mammy eventually loses her shit, but then again, they might get bored and just go to sleep.

Mammy too need a hug and a lullaby and a promise of a playdate with MY friends, but tonight, I’ll settle for a wee dwink myself!